This page will contain class newsletters, photos of interesting activities and useful links.

The most recent updates will be sent to you through Schoop, please make sure that you have the app installed.

In science this week, we have been learning about water resistance. We linked our learning to our trip to Robinwood and when we have been in water such as when we swim. We then designed our own boats thinking about how streamlined they need to be to travel well before experimenting with them in our water arena. Jack, Princess and Thomas all created the fastest boats with a time of just 3.14 seconds. 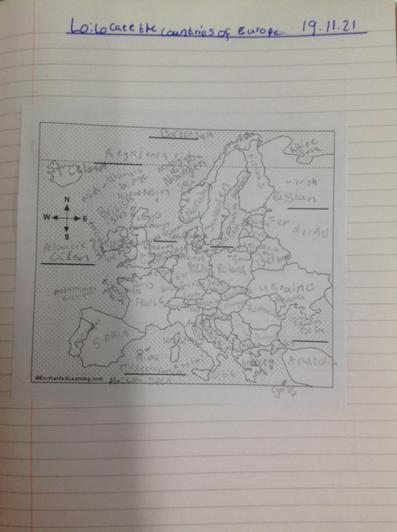 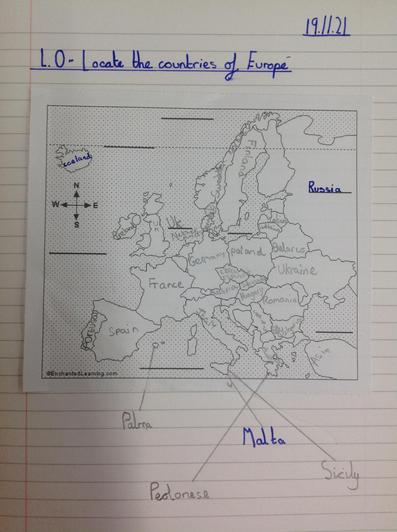 For geography week this week, Year 5 began by talking about why geography is such an interesting subject - learning about all the amazing places in the world and why and how they are like they are! The children told us about where they would love to visit in the future and why. We also talked about all the places they had been lucky enough to visit already - in the UK, in Europe and around the world. You might just be able to make out, on our "Around the World" display in our classroom behind our Well Done Children, some scratch-off maps that we have been using, as a class, to mark all these places. The children have also got the job of adding to this for their homework, after speaking to their families about their travels. We're excited to hear about the brilliant places they've been to.

Our Well Done Children this week have been chosen for their geography work. After talking about where we would like to visit and where we had already been, we began our unit of work about Europe. Both Elishia and Lucas have engaged really well with this topic. You can see from their work above, that they really focused on their map skills task and found as many European countries as they could and marked their locations on a map of Europe. Lucas has been a pleasure to have in class, after joining us only a couple of weeks ago, and has put his all into every lesson, sharing ideas, working with groups and generally being an asset to our Year 5 team! His work in geography is evidence of this brilliant attitude. Elishia is also one of our "always" children. She threw herself into the task of finding every European country she could and also made time to support her partner with his map skills, too. Both children have been great to have in our geography lessons this week!

In science, we have been learning about air resistance. We investigated creating parachutes and looked at changing a variable such as size or material. Then, we created the parachutes and tested them before recording results.

This week, we have chosen Benjamin for his excellent contributions during our RSE lesson in PSHE. He engaged really well with the lessons, had his hand up to share his thoughts throughout and participated really well in group discussions, too. Well done Benjamin! We have chosen Shanade for her work in maths this week. We have been looking at fractions and were really impressed with Shanade's skills in finding equivalent fractions. Within a couple of days and with excellent focus, she has been able to work independently to show with practical resources, then draw and write different fractions that are equal in value to another. Well done Shanade!

We chose children this week for their half term space projects. We had so many amazing projects to choose from that it made our job very tricky! We eventually managed to narrow it down to these two children: Maya and Jack.

We were impressed with the creativity of Jack's project. He chose to focus on the First Moon Landing and made this amazing 3D diorama, depicting the First Moon Landing, as seen on TV (as it was by millions, back in 1969). His attention to detail was brilliant, his presentation was great and he'd obviously researched the event well, too.

Maya's project was also brilliant. Here, we were particularly impressed with amount of research and work that had gone into her project - it was almost a complete book about the solar system, including a page on each of the planets! She had illustrated it beautifully and written a paragraph or two about each one. It was also very obviously written in her own words, having found the information during her research.

Well done both of you and keep up the excellent efforts in your homework!

Our half-termly book raffle prize winner this time was Mialilly. Well done Miallilly! With the amount of reading you do at home, you must have had loads of tickets in the draw, too!

We chose Joshua and Mialilly this week for their super work in art week. Both children worked really hard to include the features of Kimmy Cantrell's cubist masks in their own masks (Kimmy Cantrell is modern artist who was influenced by the work of Pablo Picasso, our class artist). They carefully planned each stage and we loved the detail they put in with their 3D elements. Well done both of you!

This week has been poetry week in school. We've looked at different types of poems like riddles, limericks and haiku and their features. We have had a go at writing our own poems. Some of these are below.

There once was a boy called Bob

Who turned into a slob.

His room was a mess

He turned into a pest

Then he turned in to a dog.

There once was a boy called Berry

who went to get a cherry.

When he got there,

there was a bear

and then the bear ate Jerry.

The Vikings had a fight

with a tiny light.

In the pitch dark,

they saw a spark

and still had to fight all night.

Lighting up the cloudy sky

Oh my what a sight

if you touch my tail. Meow.

Can I have cuddles?

This week, we have been using our creative writing skills, imagining we are Michael from Kensuke's Kingdom before he goes on his adventure. We tried really hard to link emotions with events. In maths, we've been revising our methods for addition and subtraction before problem solving and completing reasoning tasks. We started our space topic in science, learning about the planets. And we've started our Vikings topic in history learning that they came from Scandinavia. First, we had to use an atlas to find these countries. We then looked at where they fit into history and where they were compared to last year's topics of the Romans and The Tudors.

We've had a lovely time getting to know each other in our new class. We've done lots of work around our class artist, Picasso: finding out about him and the cubists, looking at some of his art and working out what he was trying to show, as well as trying out some of his techniques ourselves (which you can see in the photos above)! These are still a work in progress but the finished results will be ready to share soon so watch this space...

Below are some of the exciting memories that children who are currently in Year 5 have experienced since starting school.